My kids have been watching Ben 10 since they were little, and I love that they still like to watch it. I think the show is amazing, and has great characters for the kids to relate to and love. They have always asked me for Ben 10 toys, so I was really excited to tell them there is a whole new line of toys available to go along with the new series.

It's hero time! Playmates Toys announced today that its Ben 10 toy line is available now as a limited exclusive at Toys"R"Us® stores nationwide and online at Toysrus.com.  The entire Ben 10 toy line will become available at all other major retailers beginning in August.  The toy line is inspired by Cartoon Network's fresh take on the beloved Ben 10 animated series, which premiered in the United States in April.  The collection of fun-filled toys includes action figures, vehicles, playsets and role play items.

The first is this set of figures, each one sold individually. Your kids can collect each one and let their imaginations soar! My boys love to play with these, they have collected about 6 of them but are looking for the whole set! 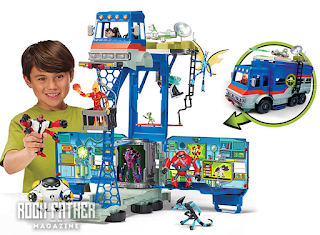 Next is the Rustbucket. My kids had a blast setting this up and playing with it. They love how it transforms from a vehicle into a playset and they can take it with them to play on the go! 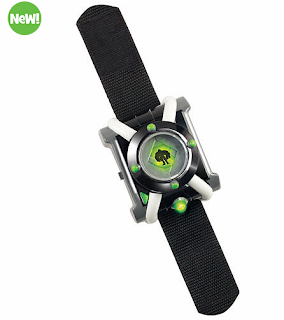 And, of course no Ben 10 set would be complete without a Deluxe Omnitrix. I remember when my boys had one similar to this when they were younger, and it sold out of stores so fast that we only got one, and they fought over who got to use it constantly! I am making sure we get two this time!

You can purchase the new line of Ben 10 toys at Toys R Us, or online here.


Disclosure: I received one or more of the products mentioned in this post to help facilitate my review. All opinions are mine and I was not influenced in any way. Please contact Paige@7kidsandus.com with any questions.
at 2:36 PM