Beauty and The Beast Soundtrack on CD 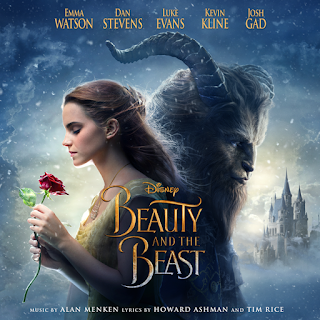 The story and characters audiences know and love come to spectacular life in the live-action adaptation of Disney's animated classic Beauty and the Beast, a stunning, cinematic event celebrating one of the most beloved tales ever told. Beauty and the Beast is the fantastic journey of Belle, a bright, beautiful and independent young woman who is taken prisoner by a Beast in his castle. Despite her fears, she befriends the castle's enchanted staff and learns to look beyond the Beast's hideous exterior and realize the kind heart of the true Prince within. The film stars:


Directed by Bill Condon based on the 1991 animated film, Beauty and the Beast is written by Evan Spiliotopoulos and Stephen Chbosky and Bill Condon and produced by Mandeville Films' David Hoberman, p.g.a. and Todd Lieberman, p.g.a. with Jeffrey Silver, Thomas Schumacher and Don Hahn serving as executive producers. Alan Menken, who won two Academy Awards® (Best Original Score and Best Song) for the animated film, provides the score, which includes new recordings of the original songs written by Menken and Howard Ashman, as well as three new songs written by Menken and Tim Rice. Beauty and the Beast will be released in U.S. theaters on March 17, 2017.

The Beauty and the Beast soundtrack will be on sale for $7.99 starting May 12th through May18th.
iTunes link: http://disneymusic.co/BATBiTunes.

Enter to win!
Beauty and the Beast Soundtrack


Disclosure: I received one or more of the products mentioned in this post to help facilitate my review. All opinions are mine and I was not influenced in any way. Please contact Paige@7kidsandus.com with any questions.
at 7:02 PM