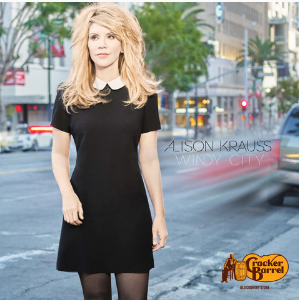 
"Windy City" Track Listing:
Produced by seasoned veteran Buddy Cannon, "Windy City" is Krauss' debut album for Capitol Records and features 10 tracks, including a bonus track "Make The World Go Away" with Jamey Johnson, which was originally released as an exclusive to Cracker Barrel on his 2012 album "Living For A Song."

Disclosure: I received one or more of the products mentioned in this post to help facilitate my review. All opinions are mine and I was not influenced in any way. Please contact Paige@7kidsandus.com with any questions.
at 1:59 PM