Cinedigim DVDs for the Holidays! 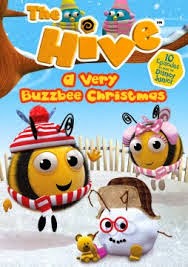 “The Hive: A Very Buzzbee Christmas”  (SRP $12.95)
Pint-size viewers will have a lot to bee excited about this holiday season when The Hive, the animated TV series for preschoolers on Disney Junior from Bejuba! Entertainment, comes to DVD and digital for the first time! “A Very Buzzbee Christmas” features nearly 90 minutes of high-flying hijinks starring the tiny, stripy Bee family – Pappa Bee, Mamma Bee, Buzzbee, Rubee and Babee – as they buzz around the sky, take part in Honeybee Hive’s Harvest Festival of Lights and await the arrival of Pappa Christmas. The adorable new release captures all the most buzz-worthy themes of the popular series, including spending time with family, making friends, and finding out about the world and how it works. 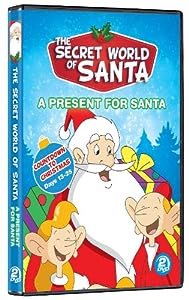 The Secret World of Santa Claus: A Present for Santa (1997)
There's only one person on the planet who never receives any presents on Christmas Santa Claus! That changes when the children from a nearby village meet with the Elves and work together to make Santa a gift. While they are working hard, the evil Gruzzlebeard unleashes two hungry termites on Santa's house, and they almost succeed at eating it all. Just before they are captured, the termites eat Santa's special suit that comes with magical powers. Feeling distressed, Santa awakes to a big present outside, courtesy of the children, who had their special gift planned when hope was almost lost. 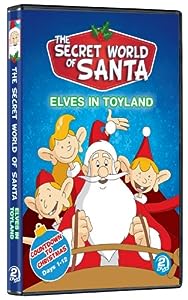 Curious what Santa Claus, his nine flying reindeer and the Elves do the other 364 days of the year? In this non-stop adventure, Santa and his team are on search for the perfect toys for all the boys and girls on his Nice list. After sleighing around the real world, they journey into a place full of magic. There, they discover the evil Gruzzlebeard has cast a spell on all the toys, making them come to life. With Christmas rapidly approaching, Santa and the Elves must undo this evil spell before it's too late! 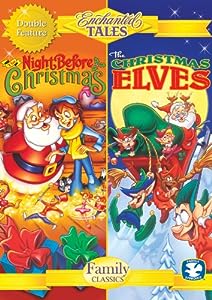 Enchanted Tales: the Night Before Christmas & the

The Night Before Christmas
It's the most exciting night for children across the world. Toys, ponies, dolls, puppies and all kinds of exciting presents are given to the children on Santa's nice list, except for a young orphan boy and his loyal cat. But good things come to those who wait and the young boy gets something better than any toy could offer he learns the true spirit of Christmas.
The Christmas Elves
Get ready to meet the most cheerful Elves of all in this whimsical holiday movie filled with snow, music and Elf magic! Based on the classic story "The Elves and the Shoemaker" by the Brothers Grimm, a poor shoemaker named Hans is down to his last piece of shoe leather. Fortunately for Hans, four little Elves-in-training just happen to be looking for a good deed to earn them their full Elf status.


Disclosure: I received one or more of the products mentioned in this post to help facilitate my review. All opinions are mine and I was not influenced in any way. Please contact Paige@7kidsandus.com with any questions.
at 4:38 PM