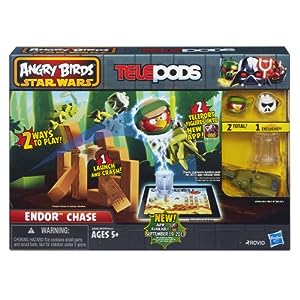 So, just about ever boy in America knows who Angry Birds are. My boys are no different. From the moment they came across the app, they wanted in on the fun.
We have downloaded every app available for Angry Birds, and they always want more. So they were really excited when Angry Birds Star Wars released an update a few weeks ago. What's even more fun, is that now with the Angry Birds Telepods, they can use real-life toys in the game. 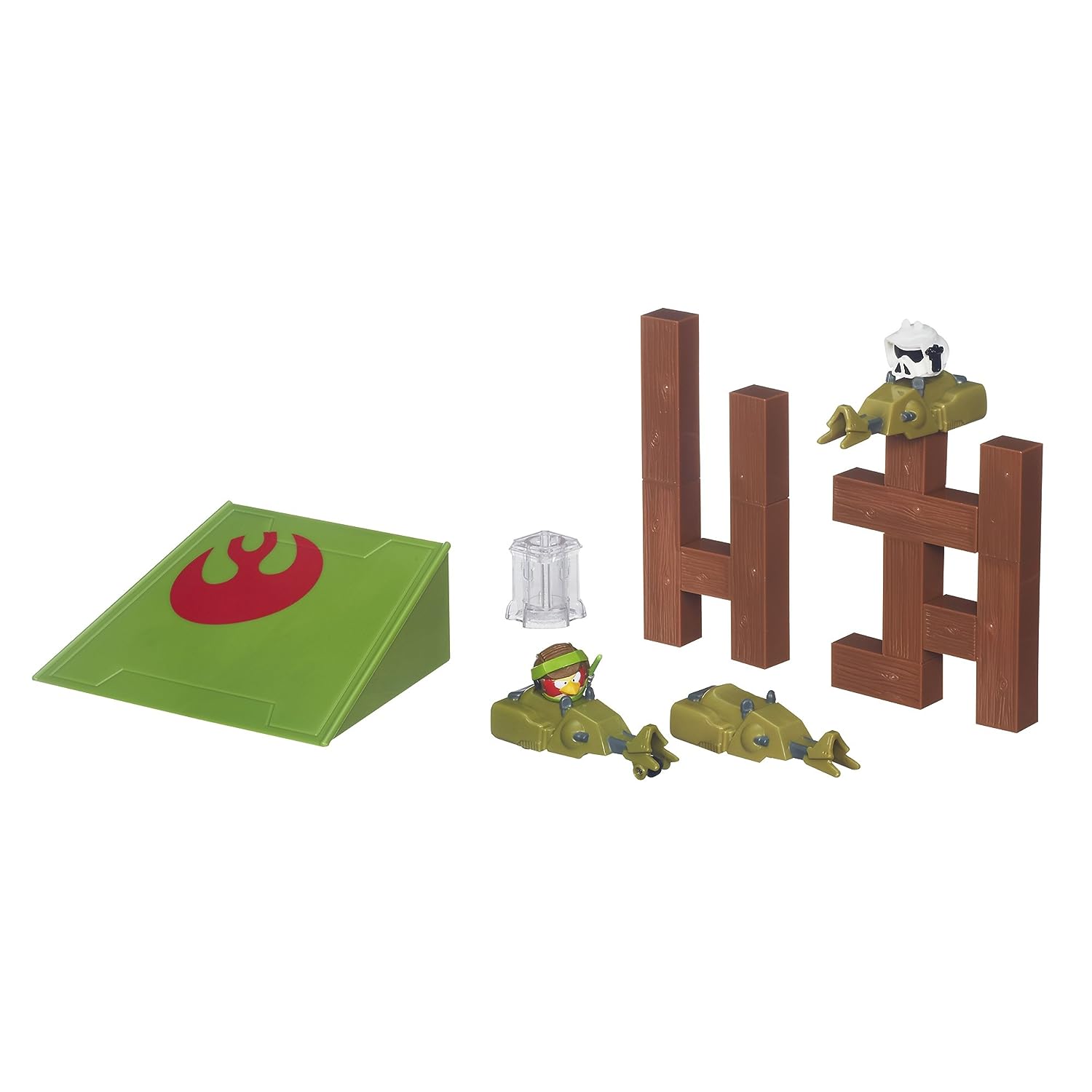 With the set is also all the cute toys shown above. My boys had a blast playing real life Angry Birds Star Wars!

he Angry Birds Star Wars app comes to life. This line of Hasbro toys captures all the launching and destroying fun of the app in physical form and features your favorite Star Wars characters re-imagined as high-flying Angry Birds and villainous pigs. You can stack, launch and destroy the Death Star with the blocks, figures and launcher in the Death Star Trench Run set. Put your Luke Skywalker Bird figure in the X-Wing Starfighter launcher and pull it back on the ramp to launch it at the cannon turret on the blocks. Can you topple your exclusive Tie Fighter Pilot Pig figure? Destroy the Empire, then set the blocks up and destroy it again. Star Wars products are produced by Hasbro under license from Lucas film Ltd. Hasbro and all related terms are trademarks of Hasbro.

Giveaway! One reader is going to WIN an Angry Birds Telepods Playset of their own.
Enter using the rafflecopter form below. Good Luck!

a Rafflecopter giveaway Disclosure: I received one or more of the products mentioned in this post to help facilitate my review. All opinions are mine and I was not influenced in any way.
at 10:00 AM