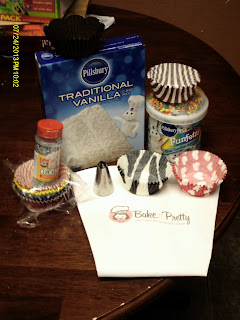 My son's birthday just came and went so in honor of his birthday I tested out my new fun kit from Bake it Pretty which came with cut cupcake holders, 3 frosting knobs and funnel. 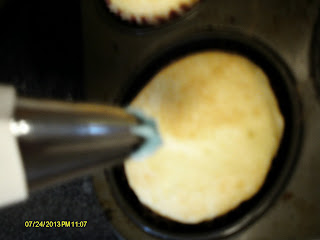 Since I was making cupcakes I used only the smaller of the 3 knobs. I went to the store and bought cake mix, blue frosting and sliver sprinkles. I made up the cupcakes and used 3 of each of the fancy holders which had hearts, brown with a ruffle to it, red with white poka dots and zebra print. Once the cupcakes were done, I waited for them to cool....its now time to test out the Bake it Pretty Best Ever Cupcake Icing Kit 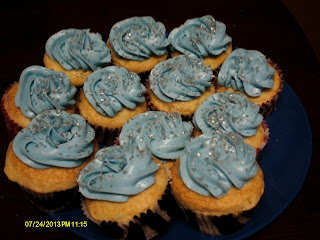 I took the frosting and placed it in my funnel which you have to place the knob in first then frosting or your knob won't stay. I squeezed the funnel to get the frosting to bunch up at the bottom of it. Then on to frosting, it came out so nice and it was easy to use. 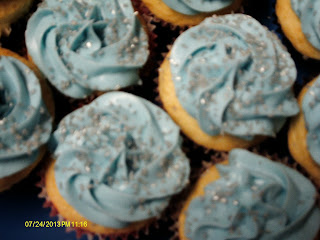 To clean out the knob and funnel I ran hot water and took a rag and wiped the knob and then the funnel I used the hose on the skin to clean it out. I really like having the Bake it Pretty Icing Set and will continue to use it, I look forward to birthdays now because it gives me a chance to become more creative.

Win the Best Cupcake Icing Kit for your own home. Enter the rafflecopter below contest will end 8/19/13 open to U.S. residents only. a Rafflecopter giveaway
at 12:51 PM