The Penguins Are Back and Better Than Ever at Sea World, Orlando FL!

Our kids are crazy about the penguins at SeaWorld so when they went MIA you could imagine how disappointed the kids were, but no fear they are back and with a bang! 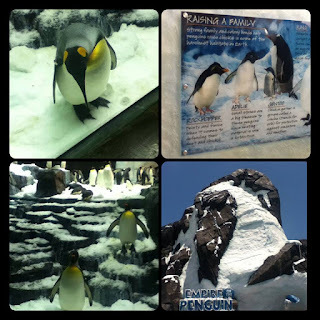 SeaWorld opened its all new penguin habitat which now includes a ride! You go through the different temperatures until your in a nice cool 30 degrees. That's cold!

The new attraction is a huge section of SeaWorld which has a new food court that serves different items like Asian food, deli and your everyday chicken and potatoes. They have seating outside under canopies for eating, which keeps most birds away. 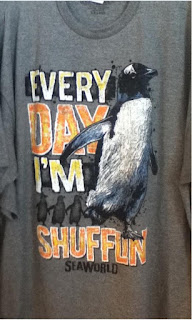 The Antarctica exhibit has a new store which has all your penguin needs from cute shirts that say "Everyday I'm Shufflin'" to cute penguin slippers! In the store they also carry cute Co2 cups that you can create your own, (kind of like a potato head, but a penguin). I made one which I thought represented all my kids and named him Bubbles : )  I can track how much I save in Co2 by the sensor on the bottom of the cup which tells when you use the cup verses a bottle on which you trash. Very cool. 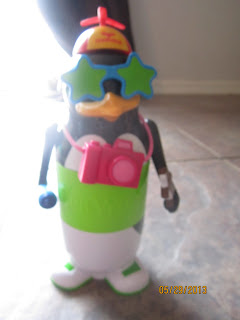 Now on to the ride. The ride is called "Antarctica The Empire of the Penguin" which you can chose "Wild" or "Mild" which mild is more slow going and less spinning and wild is more movement. You start the ride off in a room, which has a cute little video, then you move on to another room and another until your on the ride. As your switching rooms the temperature is dropping so that your body is not in shock when you hit the 30 degrees. The ride takes you all the way to the final spot to which you're dropped off with over 250 penguins.

The new habitat is huge compared to the old one they now have a 16ft the biggest underwater viewing area in the park! It was very relaxing to watch the penguins play underwater and if you stand close to the glass you almost felt like you were in the water with them. When entering the Antarctica exhibit make sure to keep your eyes peeled for the hidden creatures though out the glaciers. I will give you a hint for one its around the drink refill area. : )

Come and see the all new Antarctica The Empire of the Penguin encounter at SeaWorld your sure to leave with a smile.


You can see all the other awesome things that SeaWorld has to offer in all my other post about SeaWorld Orlando, FL.