From the time Xander was 16 months old I have been taking him to Monkey Joe's in Orlando. About 6 months ago when I found out they moved locations, I stopped taking him. Not because I didn't like the new location. I didn't like that I had to pay for parking. Yes. I am cheap.

Today, Casey and I decided to venture in once again with all 7 kids.

It was Casey's first visit, she had NEVER been before, and I couldn't believe it! I love Monkey Joe's, how can she have never been?!?

When we got to Pointe Orlando and pulled into the huge parking garage, we had to take a ticket to *gasp* pay for parking.

After we parked (3rd floor!) we started the trek with all the kids (not easy on the 3rd floor and Casey HATES elevators)

I noticed right away that there were NO signs, nothing. Ok, yeah there were signs, but NO signs telling me where Monkey Joe's was located, so we walked in a very big circle all the way around Pointe Orlando.

We stopped in one of the shops and asked the clerk if she knew where Monkey Joe's was..she said she didn't think it was open yet (as in, located in this place at all!) since I knew she was wrong, we kept walking..we finally found it, almost back where we started!

We were greeted by the manager Nicole, who was very very sweet, she told me she used to be a school teacher but she loved Monkey Joe's so much that she decided to stay on full time and become manager.

After the kids all got their wristbands (and Casey and I too ) they were off. 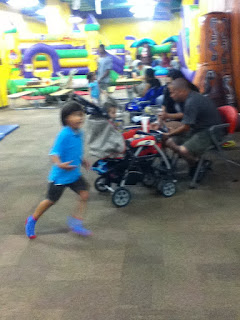 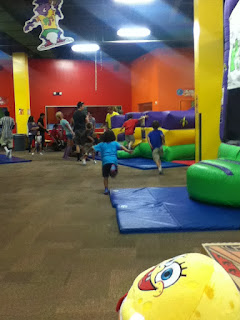 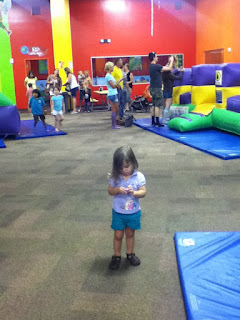 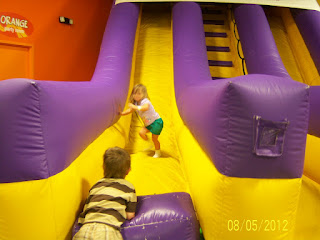 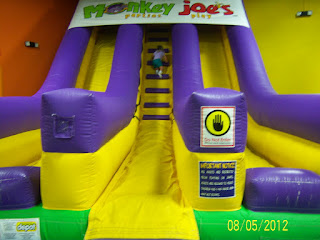 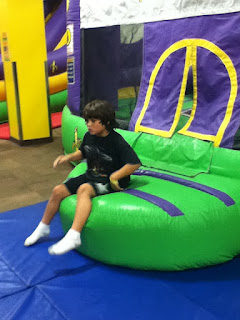 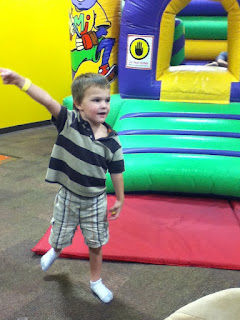 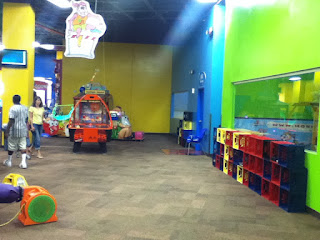 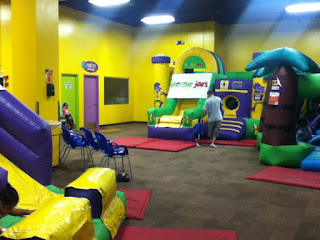 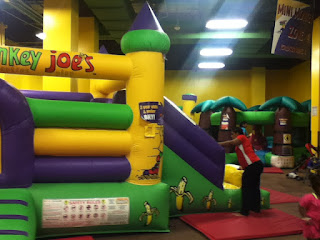 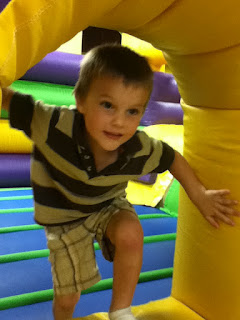 The main change I noticed when I first got in, was the HUGE pirate ship in the middle of the floor, it looks really awesome, and it is BIG, i mean it's so big I couldn't get far enough away to get a picture of the whole thing! 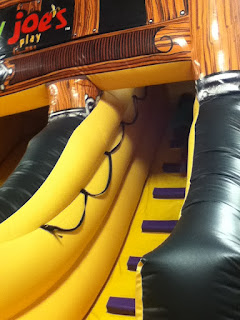 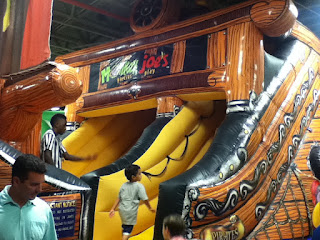 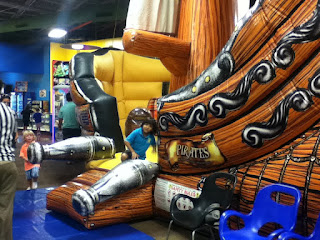 The second change I noticed, was the improvement to the arcade (probably the ONLY thing Casey and I didn't like, was the arcade, and ONLY because our oldest boys begged and begged for money constantly!)

The arcade though is really nice, there are several really big games, including a game where you can paint your own picture and print it out right there! 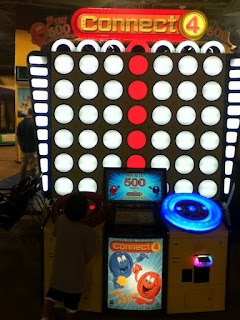 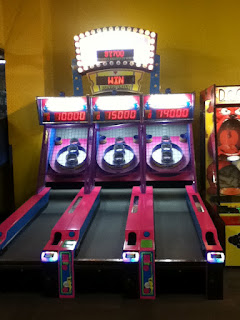 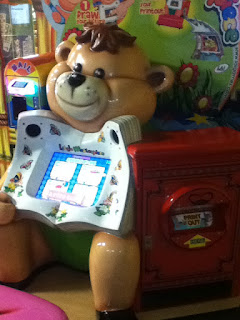 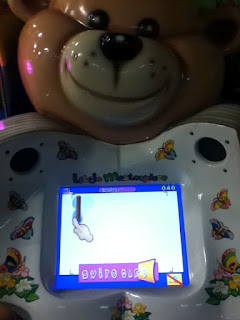 After exploring the arcade for a while, we were brought 2 Flippers pizza by Nicole.

Flippers makes really good pizza, and it was nice to have a name brand (we go to Chuck E Cheese ALOT and this is much better) 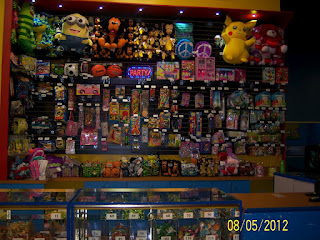 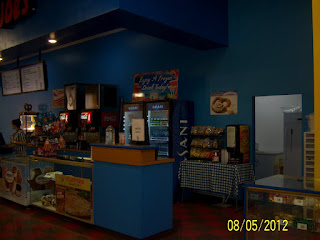 The price for a large pizza is $14.99, they also have fountain drinks that they refill for a quarter!

I wanted to try the mini donuts, but I was so full from the pizza there was no room..I did manage to try the iced coffee, which for $2.79 was AWESOME (even though Buggy and Joshua kept stealing it from me!) 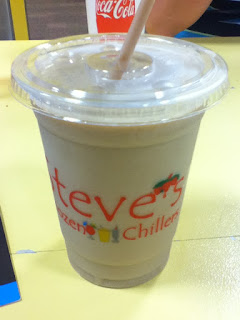 The party rooms looked about the same as they were in the old location, they were always really nice and they still are. 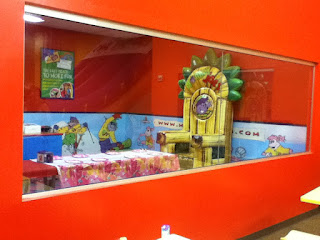 Out of all of the 7 kids, I would say the kids under 6 had the best time.

Not that the older ones didn't but it was definitely friendlier for the younger ones, and there were a lot of toddlers there, which surprised me, a lot of non walkers with their parents, it was nice to see, since when I used to take Xander, i felt like the only one with a toddler.

They have really improved the toddler section, it has 4 bouncers and they do a REALLY good job at keeping the older ones out! Riley (my 5 year old) kept trying to follow Buggy in, and there was a "referee" who always caught him!

I liked the fact that they had more staff, I remember when Xander was about 3 he got knocked over at Monkey Joe's by a boy who was about 10. The boy was bouncing too hard and there was no one to stop him, that definitely would not be the case now!

Once we had all the kids ready to go (which was almost 4 hours after arriving!) Casey told me that when we came in, they gave her a parking validation! I didn't know that! They validate for up to 3 hours, now that I know that, I will definitely be going more often.

validated parking "up to 3 hours per visit"

Since Michael and Riley's birthdays are this month I decided to offer a giveaway to all my Monkey Joe loving readers, please enter using the rafflecopter form below, giveaway ends 8/14/12 at 12:01am