Casey and I were given the opportunity to review some delicious caramels from the Etsy shop Old Time Caramels. When they arrived in the mail, they came in a priority box and were packaged very nicely 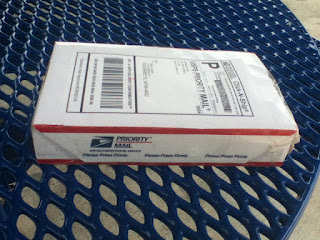 The owner graciously sent us a 12 ounce Sampler Package, which he sells on Etsy for $8.00, it consists of 9 flavors with 4 samples of each flavor. This is a great way to try all of them!
I wanted to review these as soon as they arrived, so Casey and I headed to the park with the kids and we sat down to sample.

I would definitely recommend putting them in the refrigerator for an hour or so after you receive them, otherwise they are very soft, they tasted great soft, but some people might like a firmer candy. Here is what Casey and I thought of each of the flavors. 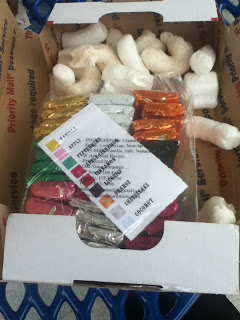 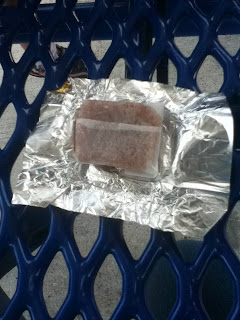 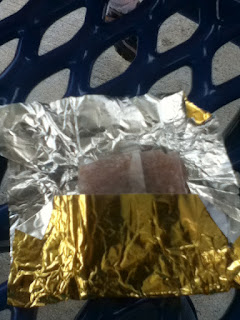 So at the end of the day we split what was left, I placed mine into the freezer when I got home. Two days later I opened and ate the rest. WOW what a difference that made! They now tasted more like what the names for each flavor were. I like the texture a lot better as well, when they were warm they kind of melted in my mouth where now I could bite into it.

1: Peppermint was a very strong peppermint taste more like a candy cane.
2: Cinnamon was a strong cinnamon taste.
3: Cheesecake was still the best of all, really tastes like cake batter.
4: Licorice was still very good.
5: Orange was still orange sherbet taste but good.
6: Coconut was way better it tasted very good which I think what happened when we tried them was it was very oily so it probably separated so first thing you tasted was the abstract this was so much better that I can say it would be my favorite.
7: Apple was a very strong apple taste.
8: Apple Cinnamon was a very strong cinnamon with a hint of apple.
9: Vanilla was very good vanilla flavor.
Overall, Casey and I both really enjoyed these, we both agreed that the Cheesecake was one of our favorites, and these are very much well worth the money, Old Time Caramels has packages starting at just $3.00, and they make a fantastic gift.

Old Time Caramels has offered one of my readers the chance to win the same sampler package as I received, to enter please use the rafflecopter form, the giveaway ends on 6/30 at 12:01am, giveaway is open to the US only