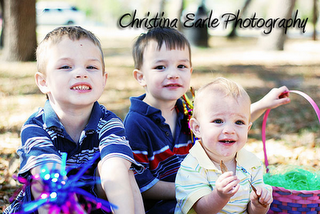 I am 28 year old and soon to be 29 and i have the 5 children. I have 3 boys and 2 girls. I had my first when I was 20, I found out the day after I was married that I was pregnant. I never in a million years would have thought I would have so many kids or be a family person.

I hear a lot of "oh you have 5 wow you must have your hands full" and really yeah I do, but its not to different then having 2. No, I can't get them a lot because there are to many but there are still perks.

I am writing about this more though because I am 28 and I just got my tubes tied because come on, 5 kids!

I was stressed out beyond all reason on the whole process, I mean its a surgery! They cut you open... you can have issues later. It's a big deal!

My husband, like most men I am sure didn't want do a vasectomy because it takes away from his "manhood" but really you don't think what I had done takes away from my "womanhood"?

I was more stressed out about the fact that someone is going to open me up and who knows how long I will be in pain or how much pain and recovery time. It is really painful even with the drugs it still feels like you're in labor, you have high sharp pains and then you're OK but sore. It takes a full 2 days of doing nothing until you feel safe to really move around.

Another thing was i didn't even think of is I am still young. Most families are started in your 30's so now I am never again going have another child, not saying I want to but that's not a option at all now I mean if anything ever happened to them I cant make another.

I chose to have a tubal because I was having major issues with birth control, I was always angry and unhappy. It was an easy choice for me but it came with a lot of stress. The whole surgery from the time i went in until i left took about 4hrs and I was sent home, when you go home you're not allowed to eat from midnight the night before the surgery until the following day, only liquids after the surgery. I was set up to have my tubes tied while in the hospital after my daughter was born but I had trouble with that because the not eating from midnight the night before, they put me on a waiting list which i didn't know when they would take me, so by 5pm i caved and ate, my body was so hungry from giving birth i couldn't wait any longer. If you go home without the surgery, they make you wait 30 days again until you can do an outpatient tubal which is what i did. I didn't know at the beginning of all this that there is a paper you have to sign 30 days before (at least before your baby is due) because wanted this done after my 4th child but because of this law my insurance was expired and number 5 came : ) It really is a life changer, so make sure its something you discuss and make sure that 100% ITS YOUR CHOICE! 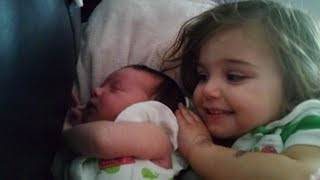